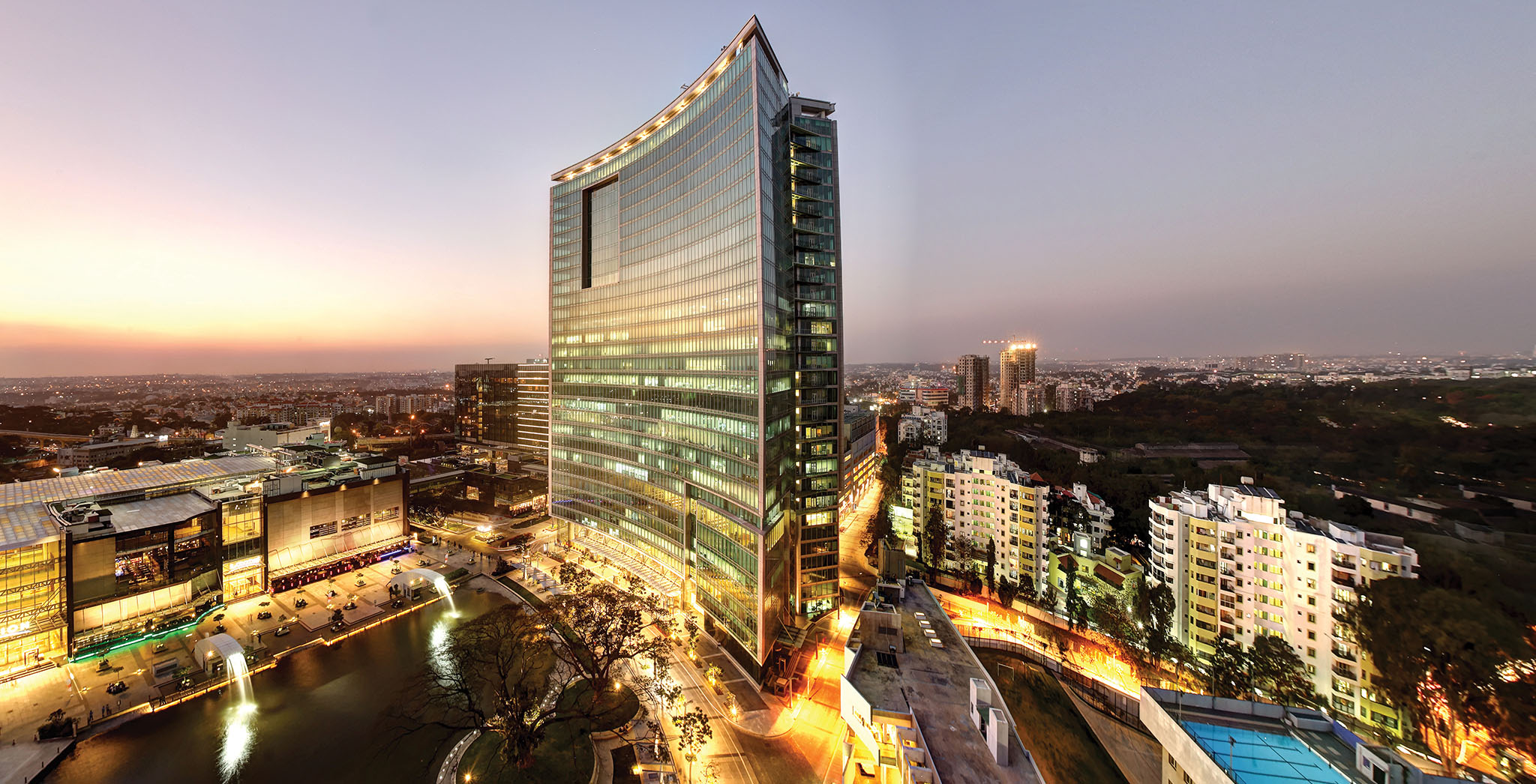 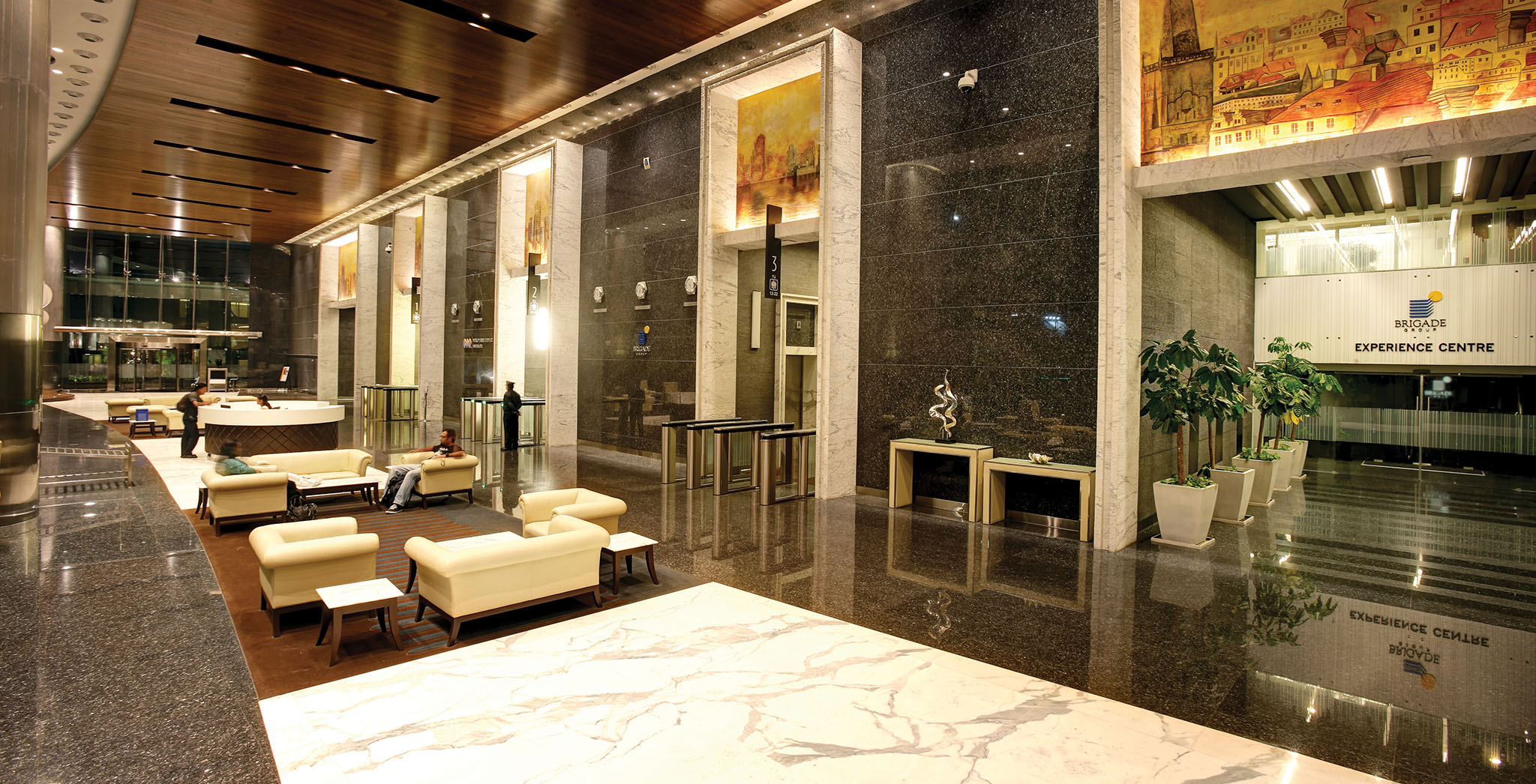 World Trade Center Bangalore is the city’s tallest commercial development situated in Malleswaram, a prominent locality in the north of Bangalore. The WTCB, operated by the Brigade Group is a licensed member of the World Trade Centers Association (WTCA) headquartered in New York, USA.

WTCB has redifined the skline of Bangalore city and is the citys prime office destination. The development set up in 2010 has won many accolades over the years including the recipient of the prestigious CREDAI Real Estate Award for the best office building in Bangalore. The office space in Malleswaram is home to many Global giants and is the epitome of international business in Bangalore and seeks to create a global outreach to the rest of India as well.

With an unmatched grandeur, the monumental World Trade Center Bangalore structure stands tall overlooking the Orion Mall at the Brigade Gateway campus. This state of the art facility stands on a 9 Basement + Ground + 32 Floor structure that comes with a grand triple-height atrium, a helipad, and an observation deck. The structure has a Grade A + + specification, one of the few establishments in India to have achieved the same.

These features are unique to this unique property, making it an aesthetically pleasing and truly magnificent commercial space in Malleswaram. The Gateway Enclave where WTCB is located is spread across 40 acres and provides top-notch integrated amenities such Sheraton hotel the Orion Mall, The Galaxy Club, luxurious Gateway Apartments, Columbia Asia hospital, Brigade School, and even a man-made lakewhich overlooks several cafes and fine-dining restaurants.

It is situated in a walking distance to the metro station and well-connected to the rest of the city and the International Airport due to its central location.